Here is the image she likes to show the medal to celebrate. It is not easy, after more than 12 months, she finally made it happen. 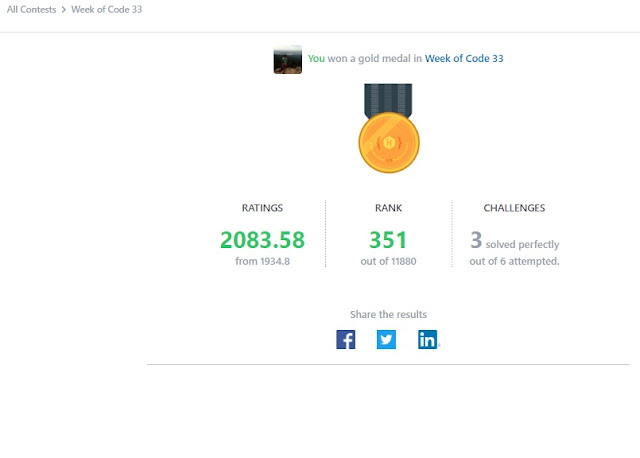 Here are the contests she attended and she likes the failure and also likes the progress to gain skills to perform better. It took her six months to get her first gold medal in 2017. 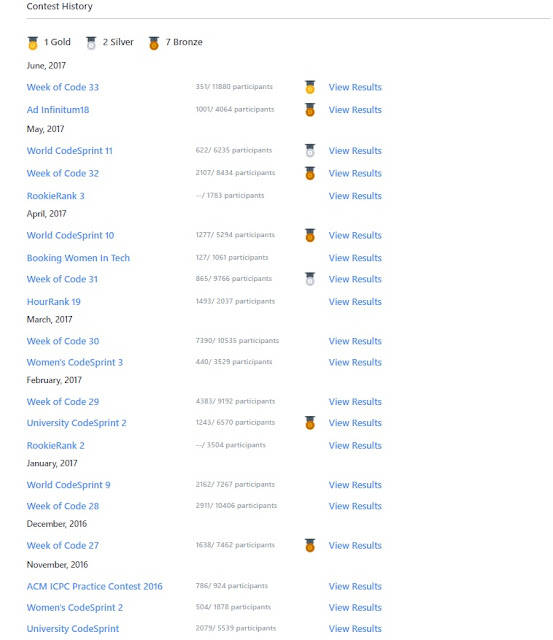 She still remembered in April she played this contest called world codesprint 10, she documented that the huge difference between top 10 players and Julia's performance. The blog link is here.

In April, Julia set a goal for a gold medal. Here is the blog called "Talent small talk".

Psalm 126: 5 Those who sow with tears will reap with songs of joy.
Posted by Jianmin Chen at 9:54 PM

Email ThisBlogThis!Share to TwitterShare to FacebookShare to Pinterest
Labels: first gold medal on Hackerrank, Psalm 126 verse 5, Those who sow with tears will reap with songs of joy